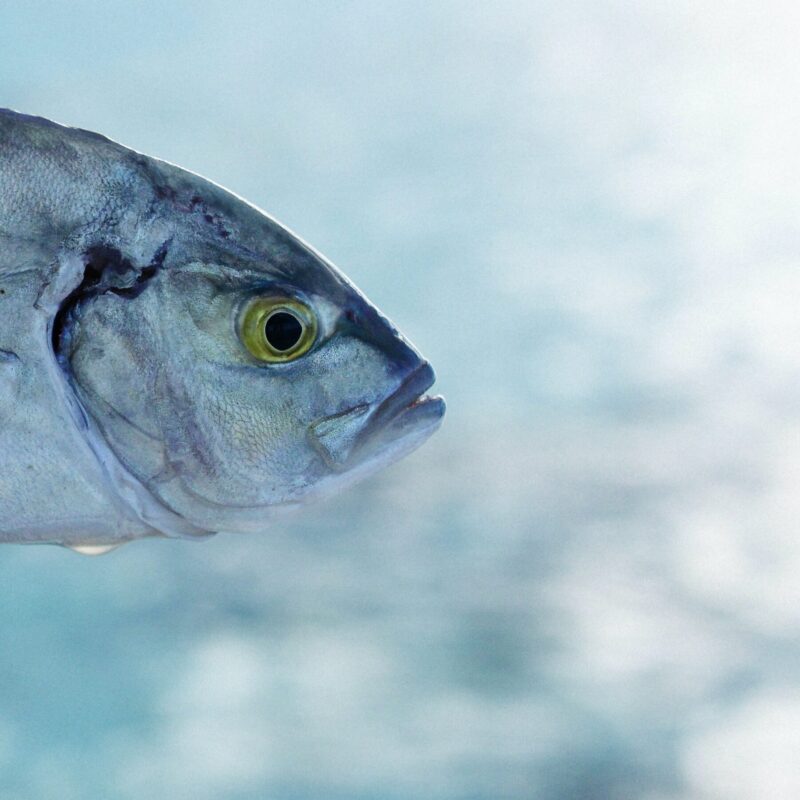 Katarzyna Kolbuch writes about the impact of fish farming on biodiversity, climate, the environment and legislation for fish conservation, which unfortunately does not exist.

The scientific community is publishing data on food production and its impact on the planet, including wildlife habitat disruption, water consumption and pollution, and the impact of food production on climate warming. Their analysis, published in the journal Nature Sustainability, reveals which types of food production have the greatest consequences. Nearly 99% of all food production on land and sea was examined. In addition to the predictable results about the huge impact of cow and pig farming on greenhouse gas emissions and water quality, fish and so-called seafood farming also turned out to be significant. The study clearly states that this sector has a huge impact on the state of the planet – while aquatic systems produce 1.1% of the world’s food, they account for as much as 9.9% of the global food system’s environmental footprint. It also proved that the farming of fish species such as cod, flounder and halibut had four times the environmental impact of farming other species due to the type of fishing they do, which destroys habitats along the seabed. According to the study’s lead author Ben Halpern, a professor at the University of California, Santa Barbara, the study will prompt policymakers to consider ways to reduce the environmental consequences of food choices and introduce new regulations in this area.”