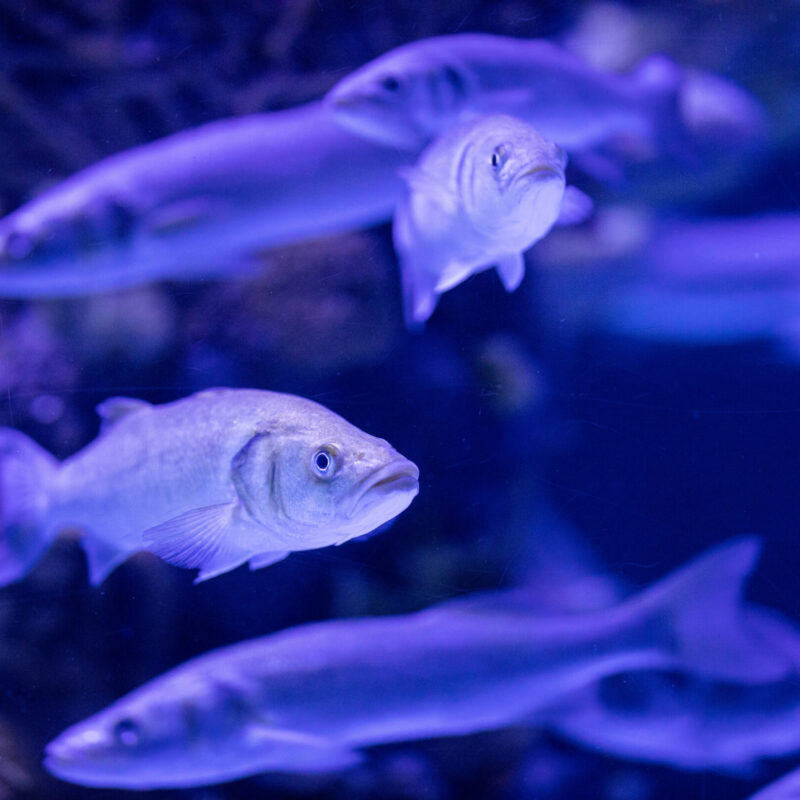 We invite you to a roundtable on „Fish Welfare vs. Climate & Biodiversity” organized within the framework of the ongoing project „Bringing fish back to water during the election” 🐟.

The discussion will be held on the 6th anniversary of the landmark Supreme Court ruling on carp – a battle led by Attorney Karolina Kuszlewicz.
Fish are farmed animals. We kill more than a trillion fish annually in an inefficient food production system. Decision-makers do not notice fish as sentient beings or as so-called farmed animals, whose protection must be regulated by law.
Fish farming affects biodiversity, water resources, drug use and antibiotic resistance.
The „Bringing fish back to water during the elections” project consists of 4 roundtables. Both the decision-making side and representation from the activist and expert side are invited to each meeting. As part of the discussions held, we want to broaden the public and political debate on fish rights and welfare, and the impact of fisheries and aquaculture on biodiversity, health and climate.
Experts, activists and decision-makers will participate in the debate:
🌱Mec. Karolina Kuszlewicz – Lawyer and founder of a law firm specializing in animal and nature rights. Lecturer at Warsaw University, author of books and specialized publications, including Commentary to the Law on Animal Protection. Member of the Prof. Zbigniew Hołda Association. Repeatedly awarded and honored for her work on behalf of animals, including by Wolters Kluwer Polska and Gazeta Prawna. Founder of the School of Good Law;
🌱Bartek Sabela – reporter, photographer, activist, author of the books „Maybe (the sea) will return”, „Afronauts” and „All grains of sand”. He is also the author of reports from the Democratic Republic of Congo, Kenya, Algeria, Bhutan, Mauritania, and Poland. His next literary reportage, „The Wandering of the Carcass,” talking about industrial animal farming and its impact on the condition of our civilization, will soon be published by Czarne Publishing House;
🌱Dorota Suminska – a veterinarian by education, an observer of life on earth by passion. For several decades she has been working to make people aware of the subjectivity of other species;
🌱Karolina Kubacka – (Office of MEP Dr. Sylwia Spurek) – 5th year law student at the University of Wroclaw. She is interested in human rights, with a special focus on women’s rights and animal rights. In the European Parliament in Brussels, she monitors legislative processes in the EP Committees AGRI, ENVI, LIBE and FEMM;
🌱Roman Glodowski – Social beaver protector, founder and president of Our Beaver Association, naturalist, nature photographer, former fisherman, vegan;

🌱San Kocoń – Member of the board of directors and spokesperson for the Young Green Association. In the past year, member of the coordinating team of the Ranking of LGBTQ+ Friendly Schools. Graduate of theater production and organization of artistic events at the University of Lodz. Activistically involved in ecology and LGBT+ rights issues;
🌱Helena Latosinska – student of the third year of high school with a bilingual profile. Young Left activist, activist and feminist.
For the implementation of the project, we work with our international partners Eurogroup for Animals We Animal Media, Essere Animali, L214.
The roundtables are implemented with the support of Attorney Karolina Kuszlewicz.
The event will be translated into Polish sign language. The broadcast will take place on the Green REV Institute profile.